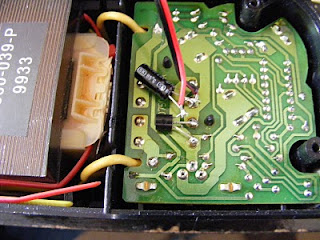 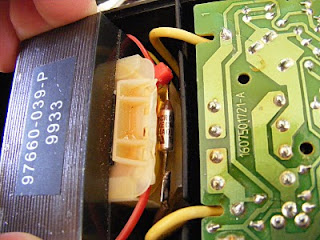 A few months before I moved to sunny Scotland my dad passed on his nice bosch drill set, which kicked around for a while and now that I want to use it, I discover the charger's dead!

To the workshop, Batman!


After a spot of continuity testing I found the primary winding to be open circuit. Very odd...
I mentioned this to a former partner in crime who suggested it was probably a thermal fuse, so i pulled some of the tape off the primary and found it.
I then bypassed it with a bit of wire, creating what is known in the trade as "a bloody deathtrap" and gave it a quick test.


Everything worked fine so i ordered a replacement fuse and a small fan to keep things cool in future.
*Fast-forward 2-3 working days*