On this week's episode of The Downshift, we catch up with Murph, who set off 3 years ago to ride his BMW R 1150 GS Adventure motorcycle around the world. Since Murph lives on his motorcycle and was planning to drive in snow and ice, the bike had to be modified to the extreme. Added was a Mobec Duo-Drive 2wd Sidecar for carrying all of his possessions as well as tons of other custom bits to deal with the freezing cold. With his new kit assembled, Murph decided to spend the winter exploring the Arctic Circle.

Murph - Man Exploring the World on a BMW R 1150 - Wherethehellismurph.blogspot.com

The Downshift appears every other Tuesday on the Motor Trend channel.
http://www.youtube.com/motortrend

Subscribe now to make sure you're in on all the action!
http://www.youtube.com/subscription_c...

Posted by Don's Deals Blog at 9:30 PM No comments:

This is the Coolest Looking Robo-Instrument that I have seen, so far. And it plays drums pretty well too. I like the Moving Head:)

- Drummer in CampusParty 2012 Berlin in robotics area.
- Subscribe for new videos.
- Thanks to my subscribers.

Robot Elders some cool and very old ones

Robots and Science Fiction info from PCH Search for (Title of my Blog Post) - The History of Sci-Fi and Real Robots, goes back much further than I realized!:)

I like these Pull Out Shelve Kits. They could really make those Pots and Pans under the Stove, allot easier to get to and they would be good for most any Cabinet with Deep Shelves...


How to Make Pull-Out Shelves for Kitchen Cabinets

Widen your narrow cabinet openings to accommodate larger objects without damaging the cabinet doors or changing their appearance. Install sliding-shelf kits that you purchase, cut to size, and install in your kitchen cabinets for extra storage and easy access to items at the back. The kits join with dove-tailed sides and a tray bottom that is secured with screws.

The do-it-yourself rolling shelf kit can be found online at RollingShelves.com 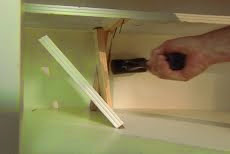 Remove doors, hardware, and any fixed shelves from the cabinets where you will install roll-out shelves. Temporarily take out drawers above the cabinets because they will obstruct your access.

Here are some pictures of the QuikTRAY and custom shelves installed in a peninsula cabinet.  Remember, all shelves/pullouts are sold separately!

Take a look at some of our Customer Homes 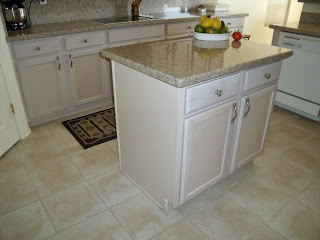 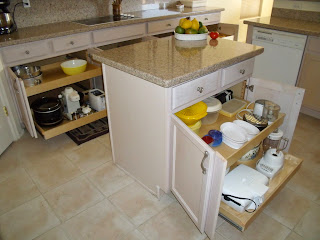 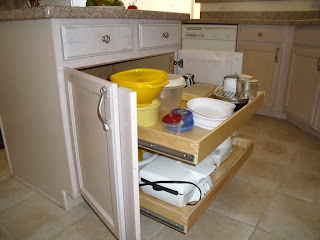 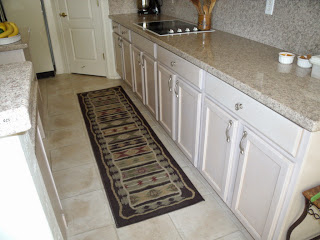 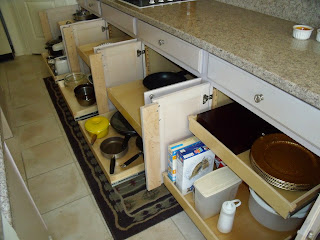 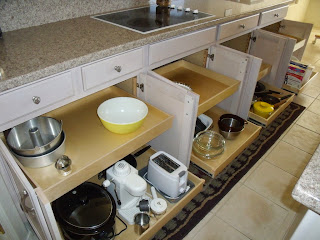 iGoogle Alternatives - The deadline for the demise of iGoogle, Google's start page, is getting closer, it will be gone November 1st, 2013

I've been putting this off, as long as I can... Since I just don't want to mess with setting all of my iGoogle Stuff again. On a different Page and Join a new Site. One with a Different Format and Back-end. And I darn sure don't wan any Flash! TMF - Too Much Flash. Kills your Web Browser, often by using up 100% of your Processing Power. Or TMJ - Too Much Java, on my Home Page. I just want, Quick Access to my Daily News Reads and Links. And just the stuff, that I'm interested in, No Stupid Blinking Adds or Unrelated Stuff, to what I Choose. I read an article last year (See the "iGoogle Alternatives" links, at the bottom of this page). With a bunch of iGoogle replacement Suggestions. They were all pretty good. But, it looked like it would take some time to get things, set up. So, I put it off. And I don't remember any way to Import my Current iGoogle Widgets into any of them. But, this Article has several Sites, with the ability to Import your iGoogle XML File. And there's a link to a How To Download and Import your iGoogle XML file too. (Download iGoogle's backup file). So, it looks like it's time to, just get on with it and find something new. The one, that looks most like iGoogle to me, is igHome . So, I think I will try it out first. The only think is. I don't look forward to Wading Through all of these Sites TOS and Privacy Statements, in order to figure out, which one I think that I can Trust. But, this is really the Most Important Part to me. So, here's the info and links...

Updated 12. April 2013 - 6:25 by rhiannon
The deadline for the demise of iGoogle, Google's start page, is getting closer (read how to export your igoogle feeds). While nothing will completely replace iGoogle, there are some alternatives out there. Before we get to the alternative sites we need to define what a Start Page is. For this article a start page is a website that enables you to have various websites, news feeds, and widgets in one place. Most start pages have links to news, popular email services, weather, videos, calendars, To Do lists, maps, sticky notes, TV listings and access to all your social media such as Facebook. In essence, a start page lets you conveniently keep up with a large volume of information in one place. Most have tabbed pages, so you can have a page for each of your interests, RSS feeds, widgets (also known as apps), search boxes, and drag and drop as a way to easily arrange material on your pages. Most have a way to change themes, colors, backgrounds, and layouts Start pages can open directly in your browser at start-up, or, you can add a bookmark for easy access. Finally, most start pages work well in any current browsers.The biggest difference between start pages is in customization and how much material they offer.

iGoogle Alternatives - The deadline for the demise of iGoogle, Google's start page, is getting closer, it will be gone November 1st, 2013

Posted by Don's Deals Blog at 2:53 PM No comments: 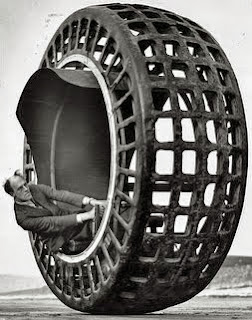 I use to draw these Pics, when I was a Kid. Of Big Giant Wheels, Burning Out. And so did a few other kids, that I new.  We would draw them on our Book Covers and I drew some on my Wall, by my Bed. As I grew up and got into Four Wheeling. I always thought. That it was cool, how people ended up making our Kids Dreams Come True. But, today... I found out that this thing, had already been built. And Long Before I was even Born!:)


I saw this one a few years ago. But, I never knew that it was such and old Concept...

From Wikipedia, the free encyclopedia
Jump to: navigation, search

Two prototypes were initially built: a smaller electrical model, and one with a gasoline motor[1] that attained either 2.5[7] or 6[8] horse power depending on the source consulted, using a two-cylinder air-cooled Douglas engine with a three speed gear box, also providing reverse.[8] The Dynasphere model reached top speeds of 25–30 miles per hour (40–48 km/h).[1][8] The gasoline-powered prototype was 10-foot (3.0 m) high and built of iron latticework that weighed 1,000 pounds (450 kg).[1] The next generation version had ten outer hoops, covered with a leather lining, shaped to present a small profile to the ground.[8]

The driver's seat and the motor were part of one unit, mounted with wheels upon the interior rails of the outer hoop.[1] The singular driving seat and motor unit, when powered forward, would thus try to "climb" up the spherical rails, which would cause the lattice cage to roll forward.[8] Steering of the prototype was crude, requiring the driver to lean in the direction sought to travel, though Purves envisioned future models equipped with gears that would shift the inner housing without leaning, thus tipping the Dynasphere in the direction of travel.[1] The later ten-hoop model had a steering wheel engaging such tipping gears, and was captured in a 1932 Pathé newsreel, in which the vehicle's advantages are first described and then demonstrated at the Brooklands motor racing circuit.[9] A novelty model was later constructed by Purves that could seat eight passengers, the "Dynasphere 8", made specifically for beach use.[10]

Purves was optimistic about his invention's prospects. As reported in a 1932 Popular Science magazine article, after a filmed test drive in 1932 on a beach in Weston-super-Mare, Somerset, he stated that the Dynasphere "reduced locomotion to the simplest possible form, with consequent economy of power",[1] and that it was "the high-speed vehicle of the future".[1] An article in the February 1935 issue of Meccano Magazine noted that though the Dynasphere was only at an experimental stage, "it possesses so many advantages that we may eventually see gigantic wheels similar to that shown on our cover running along our highways in as large numbers as motor cars do to-day."[8] According to the 2007 book Crazy Cars, one reason the Dynasphere did not succeed was that "while the [vehicle] could move along just fine, it was almost impossible to steer or brake."[6] Another aspect of the vehicle that received criticism was the phenomenon of "gerbiling"—the tendency when accelerating or braking the vehicle for the independent housing holding the driver within the monowheel to spin within the moving structure.[11]