I've heard about Bitcoin, (a "Digital Money System") for several Years now. But, until today. I haven't done any research, to find out what it really is and how it works. Today, I found this Video and Article, explaining how Bitcoin works. And that let me to watching some more Videos on Bitcoin. Check em out...

How Bitcoin Works Under the Hood


Intro
The goal of this video is to explain how Bitcoin works under the hood, to give a clearer idea of what it really means to own, send or “mine” Bitcoins.

What is Bitcoin at a high level?

First, a brief high-level overview of what Bitcoin is.

At its core, Bitcoin is just a digital file that lists accounts and money like a ledger. A copy of this file is maintained on every computer in the Bitcoin network. These numbers don’t represent anything in the physical world, they only have value because people are willing to trade real goods and services for a higher number next to their account, and believe that others will do the same. The numbers only have value because we believe they have value, just like any other fiat currency.

To send money, you broadcast to the network that the amount on your account should go down, and the amount on a receiver’s account up. Nodes, or computers, in the Bitcoin network apply that transaction to their copy of the ledger, and then pass on the transaction to other nodes. This, with some math-based security, is really all there is--a system that lets a group of computers maintain a ledger.

While this may sound similar to the way a bank maintains a ledger, the fact that the ledger is maintained by a group rather than a single entity introduces a number of important differences. For one, unl ike at a bank where you only know about your own transactions, in Bitcoin, everyone knows about everyone else’s transactions.

Also, while you can trust your bank, or can at least sue it if something goes wrong, in Bitcoin, you’re dealing with anonymous strangers, so you shouldn’t trust anyone. The Bitcoin system is amazingly designed so that no trust is needed--special mathematical functions protect every aspect of the system.

The rest of this entry will explain in detail how Bitcoin allows such a group of strangers to manage each other’s financial transactions.

How Sending Money in Bitcoin Works

Read More and Watch the Video, if you haven't already in the Embedded Window...
http://www.imponderablethings.com/2013/07/how-bitcoin-works-under-hood.html

What is Bitcoin Mining?

So, I Downloaded and Installed Bitcoin-Qt on my Fedora Linux System

Bitcoin-Qt is the third Bitcoin client, developed by Wladimir J. van der Laan based on the original reference code by Satoshi Nakamoto (https://en.bitcoin.it/wiki/Bitcoin-Qt). I got it from here (http://www.weusecoins.com/en/getting-started) And there are instructions on How To Install and Run Bitcoin, along with plenty of good Links to info about Bitcoin, on this page too. This Page has some good info on how to run Bitcoin (https://en.bitcoin.it/wiki/Running_Bitcoin)...

"There are two variations of the original bitcoin program available; one with a graphical user interface (usually referred to as just “Bitcoin”), and a 'headless' version (called bitcoind). They are completely compatible with each other, and take the same command-line arguments, read the same configuration file, and read and write the same data files. You can run one copy of either Bitcoin or bitcoind on your system at a time (if you accidentally try to launch another, the copy will let you know that Bitcoin or bitcoind is already running and will exit)." Read more... https://en.bitcoin.it/wiki/Running_Bitcoin

After installation of Bitcoin-Qt. The App automatically starts "Synchronizing with the Network"... This has been running now for a couple of hours. I didn't keep exact time. But, it's now at 79%... I had an idea that this could take a while on the first run. After watching the Videos and I think the App told me too. When I was looking around the menu's. After it's all done. We'll See, what else needs to be done, to get going with Bitcoin-Qt...

Here's some Screen Shots, that I took during the Process, of System Bitcoin-Qt and it's System Usage... 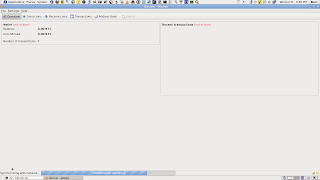 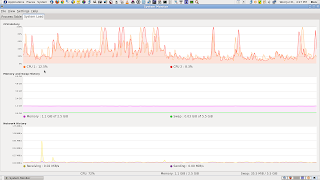 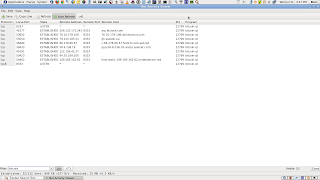 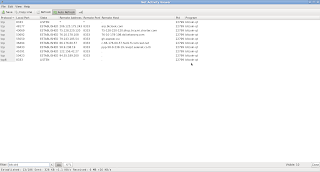 Bitcoin-Qt on my Fedora 14 Linux System

Posted by Don's Deals Blog at 7:11 PM No comments:

FlightGear Flight Simulator - This is a Simulator, not just a Game

I use to Play this Flight Simulator Game and I really liked it. My favorite Planes, were the Space Plane and the Retro Planes. This is a Simulator, not just a Game. So, you may need to start with the Cessna. I even flew a B-52. But, it was very hard to get of the ground. And I think I only was able to land it, without crashing, a couple of times. But, I'm not a good Gamer, either... It's Free and Open Source and available for Linux, Windows and Mac. In Fedora Linux. Just Search for FlightGear in your Package (Software - App) Manager and you can easily install it, along with some extras from there. Or you can Download FlightGear, from their Web Site too... 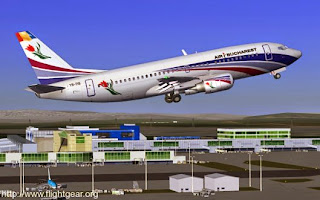 FlightGear is an open-source flight simulator.  It supports a variety of popular platforms (Windows, Mac, Linux, etc.) and is developed by skilled volunteers from around the world.  Source code for the entire project is available and licensed under the GNU General Public License.
The goal of the FlightGear project is to create a sophisticated and open flight simulator framework for use in research or academic environments, pilot training, as an industry engineering tool, for DIY-ers to pursue their favorite interesting flight simulation idea, and last but certainly not least as a fun, realistic, and challenging desktop flight simulator. We are developing a sophisticated, open simulation framework that can be expanded and improved upon by anyone interested in contributing.
There are many exciting possibilities for an open, free flight sim. We hope that this project will be interesting and useful to many people in many areas.

FlightGear is a free flight simulator project. It is being developed through the gracious contributions of source code and spare time by many talented people from around the globe. Among the many goals of this project are the quest to minimize short cuts and “do things right”, the quest to learn and advance knowledge, and the quest to have better toys to play with.
The idea for Flight Gear was born out of a dissatisfaction with current commercial PC flight simulators. A big problem with these simulators is their proprietariness and lack of extensibility. There are so many people across the world with great ideas for enhancing the currently available simulators who have the ability to write code, and who have a desire to learn and contribute. Many people involved in education and research could use a spiffy flight simulator frame work on which to build their own projects; however, commercial simulators do not lend themselves to modification and enhancement. The Flight Gear project is striving to fill these gaps.
There are a wide range of people interested and participating in this project. This is truly a global effort with contributors from just about every continent. Interests range from building a realistic home simulator out old airplane parts, to university research and instructional use, to simply having a viable alternative to commercial PC simulators.
Flight Gear and its source code have intentionally been kept open, available, and free. In doing so, we are able to take advantage of the efforts of tremendously talented people from around the world. Contrast this with the traditional approach of commercial software vendors, who are limited by the collective ability of the people they can hire and pay. Our approach brings its own unique challenges and difficulties, but we are confident (and other similarly structured projects have demonstrated) that in the long run we can outclass the commercial “competition.”
Contributing to Flight Gear can be educational and a lot of fun. A long time developer, Curtis Olson, had this to say about working on Flight Gear:


Personally, Flight Gear has been a great learning experience for me. I have been exposed to many new ideas and have learned a tremendous amount of “good stuff” in the process of discussing and implementing various Flight Gear subsystems. If for no other reason, this alone makes it all worth while. 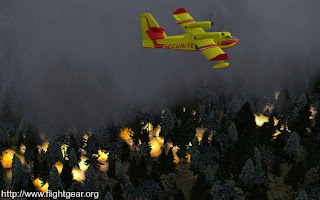 For Diabetics... What Brand of Test Strips, do you use? I see alerts one all kinds of Medical Products. Every Day, on this Site. I have their Feed set up on my Browsers Home Page. So, if you use most any type of Medical Product. From Over the Counter to Prescription Drugs, to Medical Electronic and Mechanical Devices... Check it out... Often!

ISSUE: Nova Diabetes Care initiated a voluntary recall of 21 lots of the Nova Max Glucose Test Strips distributed both in the USA and outside the continental USA. Nova Max Plus glucose meter kits that include test strips from the recalled lots are also included in this voluntary recall.

RECOMMENDATION: Those who use, recommend clinically, or sell Nova Max Glucose Test Strips for blood glucose testing should immediately discontinue using or distributing glucose test strips from the recalled lots (see the Recall Notice for a listing of recalled lots).

Customers can check to confirm if they have blood glucose test strips from the affected lots on the attached list, by visiting www.novacares.com/news/nova-max-recall.php or by contacting Nova Diabetes Care customer service at 1-800-681-7390.

People with Diabetes should be aware of symptoms of high blood sugar (hyperglycemia) and low blood sugar (hypoglycemia). Customers should contact their healthcare professional for advice on how to treat the symptoms.

Healthcare professionals and patients are encouraged to report adverse events or side effects related to the use of these products to the FDA's MedWatch Safety Information and Adverse Event Reporting Program:

I did one of these Porch Conversions, back in the early 80's, for an old Carpenter friend of mine. It was on a small Lake House, that he owned. He was older and needed some help. And I was young and wanted to learn. It was a great learning experience. And I have wanted a Windowed Porch, for my self ever since. So, when I saw this video. I thought I wold take a little trip down memory lane and watch it. Boy, have things and methods changed, since the 80's! I love all of Ron's Special Drills, Screw Drivers and Airless Nail Guns. Now, I want some new Toys!;) This video, shows everything, from start to finish. I especially like that. And check out the other Videos too...

Why I Said Goodbye to My Porch,  How I Created a Wall Mural Without Knowing How to Draw • HouseCalls Newsletter

Having trouble viewing this email? Click Here to open it in your web browser.