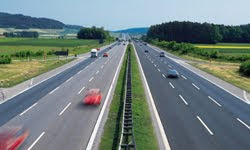 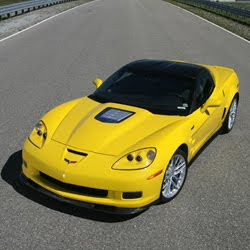 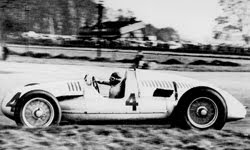 Top 5 Speeds Clocked on the Autobahn

We've all heard the stereotype about Germans: They're a buttoned-down, rule-bound people who care about precision and discipline more than anything else. Of course, that stereotype would seem to fail when you pull onto the autobahn.

The autobahn works a lot like the U.S. interstate system -- it's a network of high-speed roads built to take travelers from city to city as quickly as possible. However, there's one major difference that sets the autobahn apart. A difference that's also the autobahn's claim to fame: There's no speed limit.

In actuality, that claim to fame is a little misleading. There are speed limits on about half of the autobahn, and there's always a posted "recommended speed" (Richtgeschwindigkeit) of 130 kilometers per hour (81 miles per hour). And while we might picture the German autobahn as a freewheeling speed-freak danger zone, it's statistically safer than the U.S. highway system. That's because to become a licensed driver in Germany requires an extensive investment of time and money and penalties for traffic violations are severe.

Still, the lack of a speed limit makes the autobahn a tempting informal speed track. In fact, German car makers once used it to set speed records, until a couple of horrific crashes and increased traffic (which brought along increased liability) made doing so impractical. Now those setting records on the autobahn are more likely to be individuals hoping for a little glory.

Keep reading to learn about five of the fastest speeds ever clocked on the autobahn.

Top 5 Speeds Clocked on the Autobahn

The Corvette ZR1 is one of the most powerful production cars available, making more than 600 horsepower. It's also a car you don't see very often on the autobahn, as most speed demons there are (naturally) behind the wheels of Porsches, BMWs and Mercedes-Benzes.

In 2008, however, a team from the Dutch autoblog (ABHD) took one of the first ZR1s to hit Europe on the autobahn for a little high-speed test. Despite traffic, including a few passes through some work zones, the team managed to get the ZR1 up to 192 miles per hour (309 kilometers per hour). That's still a little off from the ZR1's top speed of 205 miles per hour (329.9 kilometers per hour), but it's an incredible speed run for a production car on a public road.


Read More about the next Car...
http://auto.howstuffworks.com/5-fastest-speeds-on-autobahn1.htm

I use to dream about driving a 1970's Big Block Corvette on the Autobahn:) Glad to see some actually get to do it!;) Maybe Some Day...